Ahead of the Asian Columbia Alumni Association's (ACAA) 20th Anniversary Gala on April 30, William Chan '86CC reflects on the 20 year history of the club by asking important members of the community about their favorite engagement programming out of the organization.

Recently Chester Lee '70SEAS, '74BUS shared his story of how the Asian Columbia Alumni Association (ACAA) was founded 20 years ago. Today, ACAA is active on campus and off, building networks and ties among Asian and other alumni, current students, faculty and administrators, as well as friends and colleagues.  We can certainly thank Columbia’s alumni office for encouraging Lee and a handful of alumni such as Lung and Savio Tung '73SEAS to get together back in 1995.

The task ahead of them was great: it took a great deal of time and a lot of dedicated energy from the ACAA founding community to build interest and engagement among the Asian alumni community. Coming up with a slate of worthwhile activities, building up a board, and building awareness across Columbia -- this required creativity, work, and dedication from a crew of dedicated alumni volunteers. 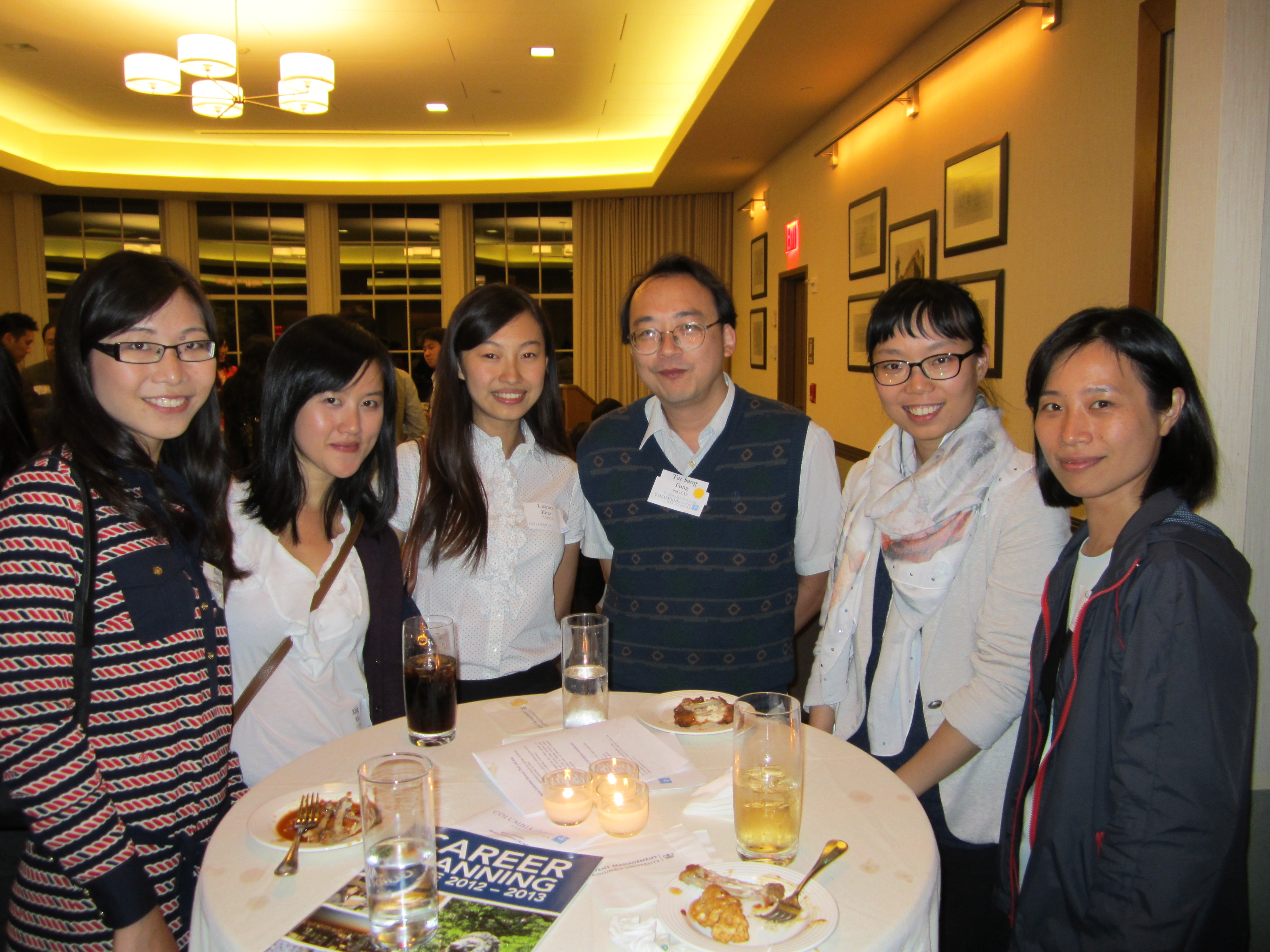 In the early years of the organization ACAA experienced both successes and challenges, and have learned from them over the past 20 years. From the beginning, the organization and its leaders wanted to be as open and embracing as possible. We tried to expand beyond a New York metropolitan core into a national effort, and even an international one. Some of the expansion efforts did not yield good results right away. But in reflection, each effort planted the seed for what is now a mature and global operation.

In reflecting on the engagement programs that have come out of the ACAA organization over the last 20 years, what impresses me the most is the sheer range of activities – lectures, sporting activities, community service, student mentoring, museum exhibitions, plays, concerts, nonprofit and philanthropic events, happy hours, networking dinners, even a fashion show.  We’ve published newsletters, hosted international events, and eagerly extended our hands to other Columbia alumni groups and those from peer universities. Having served as Events chair and then as president of ACAA, I have enjoyed many noteworthy ACAA events, both as an attendee and frequent participant.

To honor this moment in time, I have asked some of the ACAA Heritage honorees what their favorite programs were over the past 20 years. You can read some excerpts from these conversations below:

"The most memorable events are the ACAA Lunar New Year celebrations. They allow us to reconnect with classmates and more importantly with their families," Al Lau '71SEAS, '74BUS said.

Through the years, and even more so recently, the annual New Year banquet has been a wonderfully festive occasion attended by many alums and their family members, as well as an impressive number of senior Columbia administration and faculty.

"Our most successful events are the student-alumni receptions," Lau added. "I am always amazed at the quality of students from around Asia that attend Columbia and their perspective of the school is fascinating. To stay young, mingle with the young.”

Lau has discovered the formula -- he has certainly stayed young. 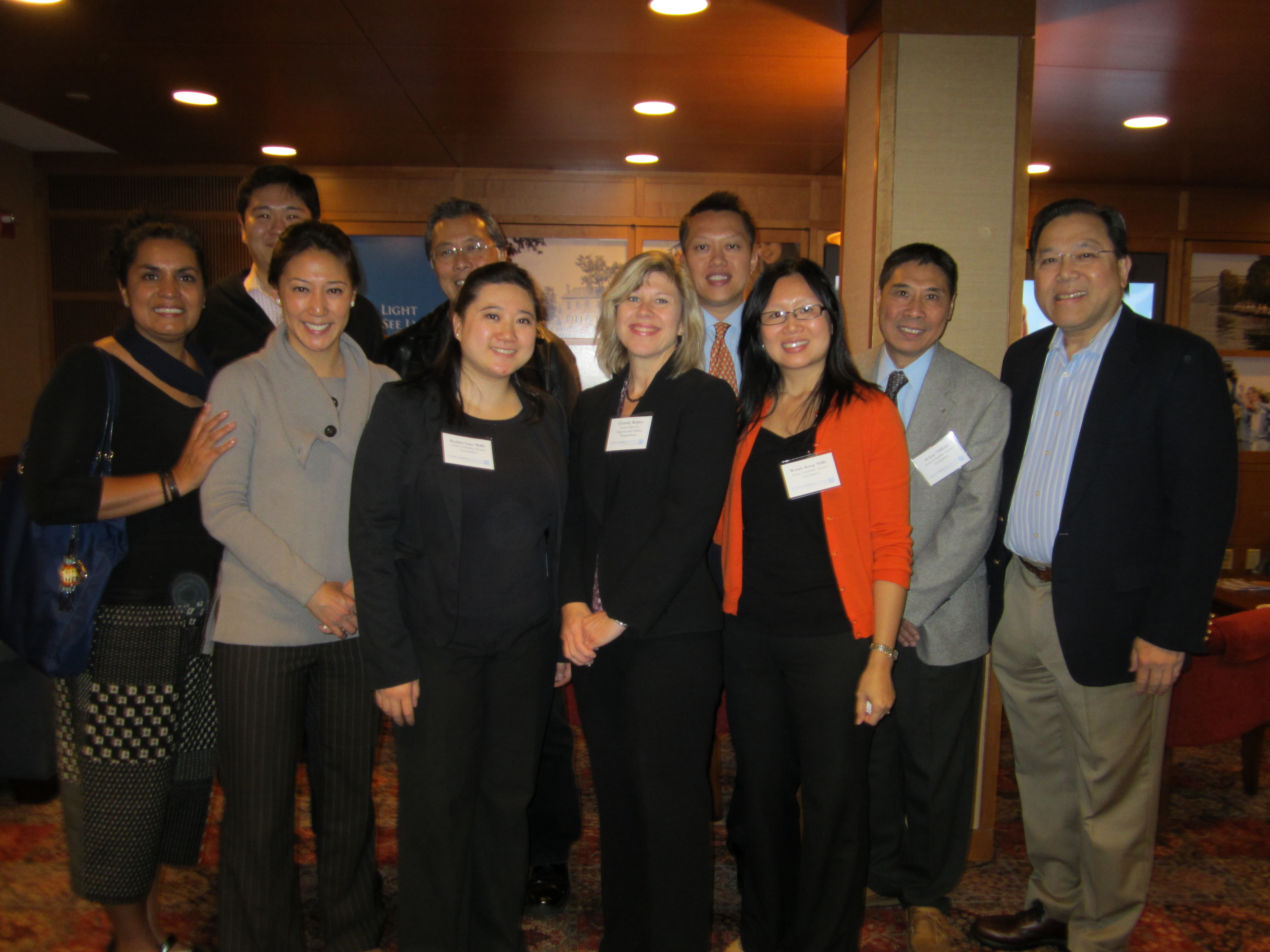 Yiting Shen '01, '02SEAS highlighted the intellectual side of ACAA programming, including the panels with internationally renowned experts and Asian American authors such as Suki Kim and Sheryl WuDunn, and engaging panel discussions.

The airing of ideas and insights will also be featured at our 20th anniversary gala, when our keynote speakerDr. Victor Cha, ’83CC, ’88SIPA, ’92GSAS, ’93SIPA and ’94GSAS, former national security adviser for Asia will share his thoughts on the rise of China and changing relationship between the U.S. and Asia.

From the beginning of ACAA to the present celebratory moment as we gear up for the gala, Lung observes a transformation that may escape those who have only seen the recent successes.

"The Asian American community was once described as a 'silent minority' and what ACAA has done is to lend the Columbia Asian community a collective voice," he said.

Along with the students, Dana Wu ’91CC, ’92SIPA recalls that ACAA provided strong, essential support for Columbia’s efforts to strengthen its ethnic studies programs, including the establishment of the Asian American Studies program and bringing in Professor Gary Okihiro.  The virtuous circle that ACAA has formed among alumni, students, faculty, and the University can be no better demonstrated than the symposia on “Asian Americans: Opening Columbia to the World” that was held in 2004 in conjunction with Columbia’s 250th anniversary.

ACAA planned it over the course of a year; ACAA’s longtime faculty supporters Okihiro and Ponniseril Somasundaran, as well as pioneering historian of China Madeleine Zelin and Sreenath Sreenivasan '93JRN, then professor at Columbia Journalism School and now chief digital officer at the Metropolitan Museum of Art, all volunteered to moderate substantive panels. Okihiro's students also participated, producing an hour-long video documentary that was well-researched and entertaining. True to ACAA’s tradition of culinary excellence and outreach, we worked with the Korean Students Association to ensure that there was a thoughtful food offering, as the attendees enjoyed an outdoor food court featuring Korean delicacies.

Today, our community is open and receptive and its voice is confident, silent no more. Columbia has astutely availed itself of the many talents that ACAA has bought to the school’s attention. Tung, one of the founders, served two terms as a trustee of the University. Lung, ACAA’s first president, was awarded the highest honor that Columbia College bestows on an alumnus when he received the Alexander Hamilton Medal in 2009.

Sometimes, our impact goes well beyond ACAA and Columbia -- Lee reminded me that it was the ACAA community that helped secure the two-time victory at the annual Dragon Boat races in Flushing-Meadow Park.

We have seen a lot of wonderful changes at Columbia and the city of New York that is its home - or shall I say its main home, since Columbia has now expanded globally with centers in eight countries, including centers in East, South and West Asia -- Beijing, China, Mumbai, India, plus Amman, Jordan and Istanbul, Turkey -- has been nothing short of astonishing and, to alumni around the world, a matter of great pride.  ACAA has been an integral part of that and look forward to another 20 years of exciting growth.