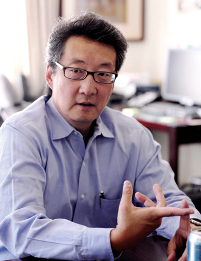 ACAA is proud to honor Dr. Cha with the Columbia Achievement Award. As the evening’s keynote speaker, Dr. Cha will share his thoughts on US/Asian relations and the rise of China’s impact. Join us for a compelling, meaningful evening of community building, networking, and looking forward to ACAA’s next 20 years.

Dr. Cha is a strong example of the potential and impact of the Asian Columbia alumni community. His parents met at an overseas Korean students mixer at Earl Hall (his father attended Columbia, his mother Juilliard). He grew up playing on the steps of Low Library, and ended up obtaining five Columbia degrees.

Today, Dr. Cha is an internationally recognized expert on international relations and security issues, writing extensively on North Korea, South Korea, Japan, and China. He has had a distinguished career in academia as well as government service, including a stint as the national security adviser for Asia to the U.S. president. He is currently an endowed chair of international affairs at Georgetown University, where he oversees Asian Studies at the School of Foreign Service, as well as serving as a senior adviser at the Center for Strategic and International Studies.