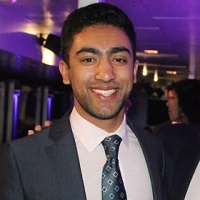 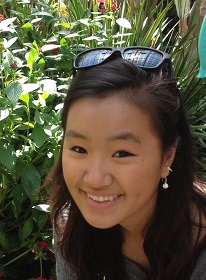 ACAA is excited to honor the below two Rising Lion Award recipients at this year's 20th Anniversary Gala. We hope you'll join us as we celebrate the work and impact of members of our community.

Ramis Wadood (CC'16) is a senior in Columbia College studying Political Science and Anthropology. On campus, he serves as a University Senator and the Vice-Chair of the Student Affairs Committee. During his tenure, he has worked on issues of mental health, diversity, and community service. Ramis is also an active member of Columbia's Muslim community and produces hip-hop music in his free time. Ramis is proudly from Detroit, Michigan, where he hopes to return in the future.

Michelle Lee (SEAS'16) is a graduating senior studying Applied Mathematics and minoring in Entrepreneurship and Innovation. During her four years at Columbia, Michelle pursued various activities ranging from performing arts to service, including Engineering Student Council, Korean Students Association, Voltage Percussion Ensemble, and Camp Kesem Columbia, a non-profit that organizes a one-week camp for children whose parents have been affected by cancer. This July, Michelle will be working at AppNexus as a part of their Global Services Rotational Program, and she is very excited to apply her analytical skills in the real world!